Here’s Some Incentive to Get Rid of That Lame, Outdated Smartphone! 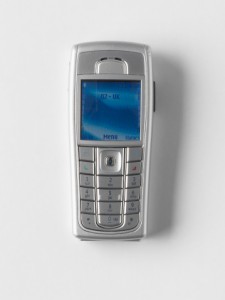 The iPhone 6s and 6s-Plus Have Been Released… And They’re Bringing Tons of Great Features to Users.

Apple has released the much anticipated iPhone 6s and 6s-Plus. The devices hit the market by storm – sporting Apple’s new iOS9 and including lots of new features like longer battery life, countless internal upgrades, and lots more. So let’s get started on what’s new with the iPhone 6s and 6s-Plus!

Apple revolutionizes the touch screen with this new features available on the iPhone 6s and 6s-Plus. Users can now preview content on your phone without actually having to open the apps or even leave the app you are currently using. This means that you can preview a text or email while running internet browsers. It works by pressing harder on the screen to bring up previews of notifications and other events within the phone. This is a hardware enabled feature so it won’t be available for older phones.

The new iPhone 6s and 6s-Plus are made with 7000 Series aluminium, which is the same metal used in aerospace mechanics. This is the strongest material they’ve used yet; making the new iPhone 6s and 6s-Plus some of the strongest phones on the market. This new material makes the devices slightly heavier and thicker than the iPhone 6 and 6 Plus, but it is next to impossible to see the difference even with the two models side by side.

Apple steps up their game again with the iPhone 6s and 6s-Plus cameras. For the first time in 4 years, Apple has increased the resolution up to 12- megapixel capable of taking vivid and lively photos and video. The front Camera has a 5-megapixel resolution and is perfect for video calling and shameless selfies.

According to Apple, the iPhone 6s and 6s-Plus change everything – bringing you more speed, greater performance, and a longer battery life so those of you looking to work harder, faster, and smarter will enjoy.

Discover the latest mobile devices available on the market. Amnet stays ahead of technology so you don’t have to worry. Call (719) 442_-6683 or send us an email at info@amnet.net to talk about our managed IT services wherein we handle all of your IT while becoming your trusted guide.