IT Security and Rights to Privacy: Where Do We Draw the Line?

There is much debate going around these days about the need for IT security, with the counterpoint made that it can also be quite intrusive, causing the very situation we choose more security for in the first place. We have the RCMP lobbying Canadian lawmakers to pass legislation that will make it obligatory to hand over mobile passwords if they are confiscated as part of any criminal investigations. We have the NSA, FBI and CIA spying on Americans (and people abroad as well) via the info-tech grid, supposedly in an effort to track and fight terrorism – oh, and cybercrime, too (though all those agencies got hacked within the last two years). In short, we all want to be safe from those who would hack our personal data in order to perpetrate ID theft or financial hijacking, but we don’t want to hand those needed security measures over to confiscatory and snooping authorities so readily, either.  So, where do we draw the line between having a populace safe from casual and rampant intrusion into our devices, privacy, and personal data and a kind of technocratic tyranny? 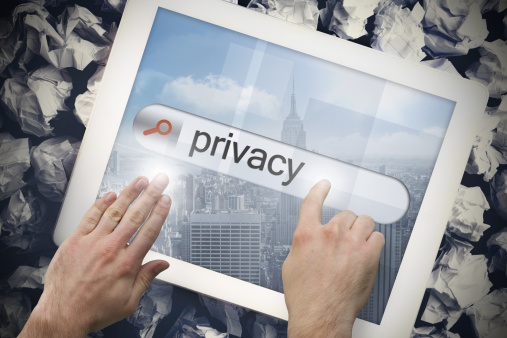 Vancouver, BC managed IT services specialist Frank Butler speaks about IT security and our right to privacy in a recent “Op-Ed” type post on a LinkedIn Pulse page, citing the mandate the FBI tried to get in forcing Apple into handing over “back-door” access to the iPhones of the alleged San Bernardino shooters. Butler makes the point that with every data access giveaway to authorities, that that’s what actually makes all of us less safe – which may actually be the real agenda in the first place, some could argue. After all, if what authorities need to prosecute armed-to-the-teeth killers (how were they able to get those weapons in the first place?) is assumed to be found on their iPhones, then what good was a pre-iPhone FBI in stopping domestic terrorism? The presumption that mobile devices somehow hold the prosecutorial and jurisprudential golden ticket to putting away killers already free to kill in the first place is a dubious one. And, all that snooping on literally hundreds of millions of people – before and after the advent of the mobile device boom – hasn’t seemed to put much of a dent in terrorism, globally or at home.

Security vs. Loss of Liberty

So, again it begs the question: Is allowing the ruling body of any country unfettered access to our passwords, devices, and personal information really making us safer? How safe are we at present from governments that need to weigh upon tech companies to hand over the personal data of millions in order to perpetuate the illusion of safety from terrorism, or “get their man”? It’s like having to take your shoes off at the airport and be patted down because some guy tried to detonate a “shoe-bomb” on a plane years ago. It seems it’s just more inconvenience – at best – and a kind of sacrifice of liberty for (a non-existent) security at worst that just gives the power elite yet more power to encroach upon the last of our collective liberties and privacy.

All that said, it is nice to believe in an altruistic crime-fighting ruling body that really is out to make its citizens safer from gun-wielding iPhone users, as well as technology that utilizes data-wiping “duress passwords” upon having iPhones and other devices stolen – and in their use against both cybercriminals and usurping law enforcement agencies alike. Butler makes the further point (partly regarding the data-wiping in case of police confiscation) that, “Legislation like this will have zero impact on preventing terrorists, cyber criminals or any other otherwise law abiding citizens who say ‘I can’t recall’. Police have a tough job, but trying to take the easy way out by enacting ineffective, overly intrusive laws will do nothing but take away more rights to privacy.”

If you have questions or concerns about IT security, cyber safety and your rights to privacy, Amnet is the leader in providing IT security and consulting in Colorado Springs and the Metro Denver area. Contact one of our expert IT staff at (719) 442_-6683 or send us an email at info@amnet.net and we will be happy to help.