Cloud Vs. On-Premises: Where is Your Data Safest?

While it’s understandable that consumers might feel skeptical adopting cloud technology, their fears are often based on myths and misperception. Let’s take a look at some of the most commonly expressed safety concerns and how cloud storage methods are meeting these concerns head on. 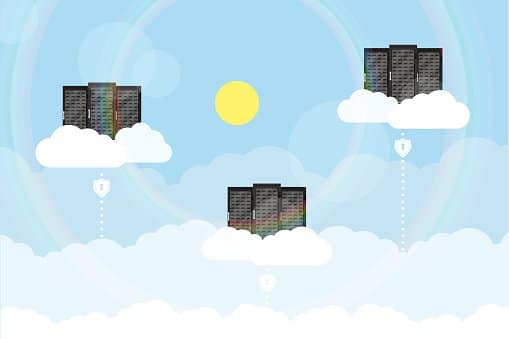 Since cloud computing as we know it was first introduced in 2006, there’s been much controversy and skepticism. Consumers had reservations about its reliability and security, while IT experts worked to put their CEOs’ worries to rest.

Historically, organizations stored sensitive data on-premises, charging their IT department with ensuring this information is secure from hackers and safely backed up in the event of a system breakdown. While on-premises storage has proven to be fairly reliable, breaches in security left many management teams searching for alternatives. For many, the cloud was the answer they’d been looking for. In fact, in a recent survey of over 180 healthcare respondents, 61% indicated they believed their information was most secure in a private cloud.

Organizations work tirelessly to protect their customer’s private information, knowing that one incident could destroy public trust and sink their reputation. Despite periodic issues, they’ve come to know and trust their on-premises data centers. After all, it’s all they’ve ever known. While it’s understandable that they might feel skeptical adopting new technology, their fears are often based on myths and misperception. Let’s take a look at some of the most commonly expressed safety concerns and how cloud storage methods are meeting these concerns head on.

The Cloud is More Vulnerable to Hackers Than On-Premises

Several years ago, Apple’s iCloud experienced a well-publicized attack. Hackers broke into the private accounts of 26 celebrities, sharing photos that were never meant for the public to see. Understandably, cloud users began to question their own data’s safety. What the media failed to report, however, was that it wasn’t the cloud that was hacked. Due to a combination of vulnerabilities in Apple’s password security system and the celebrities’ use of weak passwords, hackers were able to breach these accounts by guessing until they discovered the user’s password.

My Data Isn’t Any More Secure in the Cloud

Cloud providers understand the importance of keeping your data safe. Through a system of complex algorithms called encryption, providers ensure your information is protected from potential hackers. Even if a hacker was able to break into your cloud account, they would need an encryption key to decipher your encrypted files. While anything is possible, any would-be thieves would need forensic software, an enormous amount of computer processing power, and a lot of devoted time. As an added level of protection, cloud service providers employ elaborate security methods, making their system nearly impenetrable.

While cloud providers have multiple layers of security to keep your information safe, part of the responsibility rests on your shoulders. Organizations must educate their workforce on password safety. Passwords should be unique, as well as unrelated to their personal or professional lives. Employees should use a combination of letters, numbers, and symbols and shouldn’t duplicate passwords across multiple platforms.

Are We Really Safeguarded Against Lost Data?

Even the most intricate systems experience downtime at some point, and cloud computing providers understand this. To protect their customers against data loss, cloud platforms are designed using multiple systems that are fault-tolerant and purposely redundant. Systems are tirelessly tested to ensure data is secure at all times.

And, although companies can always advertise and tout the strength of their security, consider this scenario. Healthcare organizations often have extremely personal and patient-sensitive data, which they must have access to. Also, HIPAA privacy rules state that these organizations must strive to improve or maintain maximum data security for the business tools they’re using day to day. Accordingly, when surveyed, 81% of healthcare organization respondents indicated they planned to either open new or additional cloud accounts within the next three years for the purpose of data protection. That sounds a lot like a rousing endorsement for a versatile tool.

For some companies, the idea of such a sweeping change within the organization can seem daunting. Tangible, on-premises storage systems being replaced with offsite weather formations just doesn’t compute for some. (No pun intended.) But the real fear should be based on the loss of the precious data, stored in outdated IT infrastructure. Systems which were designed for much less sophisticated hacking attempts. And, as more hack attempts are made, the old systems show more and more flaws, whereas cloud systems can evolve and expand to match the exponential hack attack. It isn’t exactly up in the air; the cloud is the answer.