According to some IT experts, the wireless networks of the future will consume much less power due to innovations by electrical engineers resulting in a working prototype for a “Passive Wi-Fi,” which will be to Wi-Fi power consumption what having the Wi-Fi feature turned off on your smartphone is to related battery power usage. Translation? It will make a huge world of difference having Passive Wi-Fi networks, which are slated to draw 10,000 times less power than normal standards, as part of the cyber sphere. The ramifications of this development are truly staggering, when you consider how much longer cloud computing stations and mobile devices could work remotely at the burgeoning number of Wi-Fi hotspots cropping up. 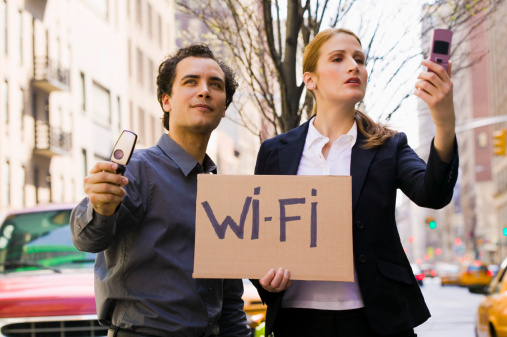 Combine the innovation of Passive Wi-Fi with those of Elon Musk and his forward-thinking Tesla Motors, and we have the chance at a future that will see wireless devices drawing almost no power at all. A future in which the devices we all rely upon so heavily will be able to operate virtually continuously – and for a fraction of what we are paying today.

In the future, we – that is, individuals and organizations collectively – will value less expensive and more connective technological options over pricey, over-amped ones. Exponential innovations and growth will cause the next 5 years to see what the last 20 have, due to the push to having an interconnected virtual world that can connect, station to station, and from almost any point on the globe.

Proponents of the above-outlaid ideas say that you can have more connectivity more frequently, and with less power drainage. Detractors such as Technical Architect Andrey Prokopenko argue that, in essence, that’s all well and good, but you will still need to be relatively close to RF transmitters to do it, and the consequent trade-off between more connections and less power usage will have to factor in electrosmog-producing RF/EMF towers for Wi-Fi sources. Prokopenko argues that the needed impedance manipulation the Passive Wi-Fi technical paper cites is already being used in RFID chips – a not so popular idea. Prokopenko comments further that, “IMHO best bet for this technology is to reuse already available WIFI modules on smartphones for close range reading on physical objects, provided of course respondents put on them will be as dirt-cheap as RFIDs are.”

The Future: Powered by Wireless

There can be no doubting that our future technological “culture” will be based largely on wireless connectivity. There can also be no doubt that a better, cheaper, more connected, powered-down version of the Wi-Fi sphere will happen. There’s simply too much innovation occurring for that not to be the case. Innovations like battery-free devices, and turning PCs into wireless repeaters and magnifiers to become their own hotspots will likely morph into hand-held, wearables and other novelties becoming “self-networked,” much as the human brain can pick up faraway telepathic and psychic signals at 10-30 Hz, i.e. a low-power state.